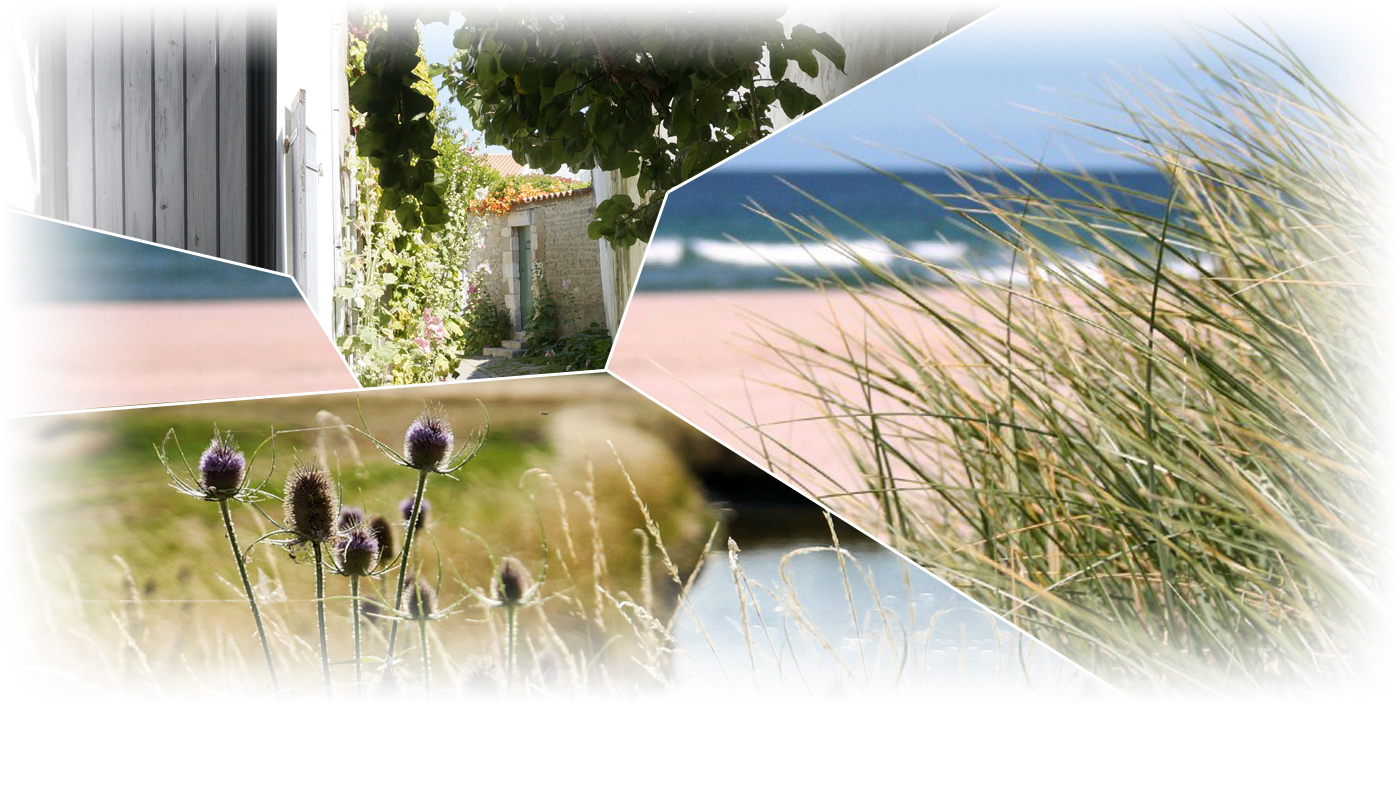 Discover the island of Ré

First bike hire in Rivedoux-beach Fun Cycles welcomes you with its experience since 1991. In addition to attractive prices, Jean-Philippe and his team are at your disposal to advise you and offer you the best of the bike ride or in tandem on the island of Ré.

Fun Cycles, first bike hire in Rivedoux-beach offers great rates and offers for 10 years the best of the bike ride, tandem or VAE on the island of Ré.

At the heart of the village of Rivedoux-beach, 800 meters from the bridge to the island of Ré, our location is ideal for you to discover all the beauties of our island.

In addition to our various bikes and accessories rental, you will find the near to our team a warm welcome some is needed (tourist information, maps of bike paths, troubleshooting, …)

The island of Ré, nicknamed The White Island will delight you with its beaches, dunes and above all a worthy sunshine of southern France !

In total almost 100 kilometers of bicycle paths punctuate the island, allowing you to discover its fauna and flora : pine forests, vineyards east plans marshes west or nature reserves. Surfing enthusiasts and windsurfing are served here since the island has several spots like the Grenettes. The north coast of the island is largely equipped from Rivedoux, with the exception of Fiers d’Ars, a large bay bordered by marsh, north-east of the island. The cycle path then finds the coast to reach the famous lighthouse Whale. A little further we can push up to Les Portes en Ré, which houses some of the finest beaches on the island.

• You can find the shuttle to 1 € between the Belvedere parking and the Sablanceaux.

Points of cyclists information on the island of Ré:

These points welcome you to assist you in your travels, you remember the rules of good conduct and respect for the environment and you learn about the rich heritage of the island of Ré. 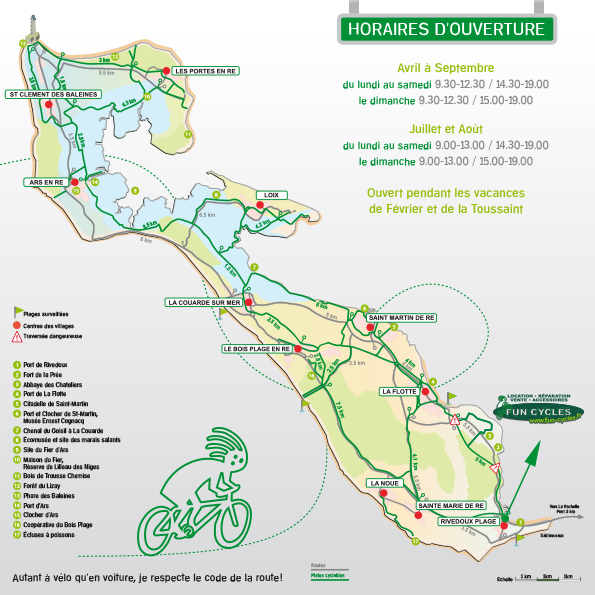 Every year, late August; we are selling some of our stock of used bikes, please inquire in advance if you are interested.
You will also find in our shop new bikes with or without electrical assistance for the sale and option of ordering cycles Gitane brand catalog, Peugeot, Arcade or MFC (French manufacturing cycle).

Fun Cycles offers scalable fares ranging from 1 hour to 1 week and more to. A deposit by credit card will be required for all rentals between 100€ and 500€ depending on the rented equipment.